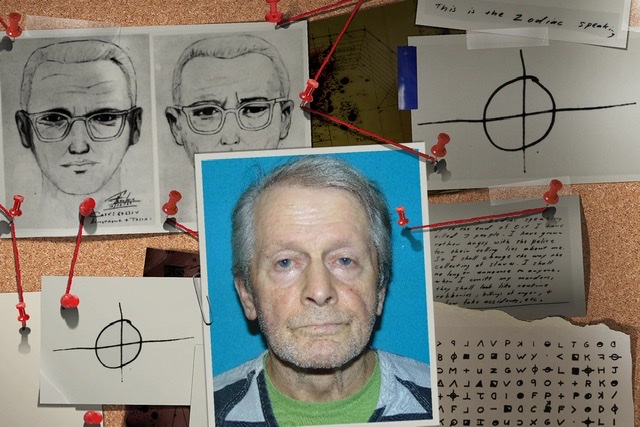 Zodiac Killer Believed To Have Been Identified

ZODIAC KILLER BELIEVED TO HAVE BEEN IDENTIFIED

A team of 40 private investigators has claimed they have unmasked Gary Francis Poste as the Zodiac Killer, a man who terrorized the San Francisco Bay Area in the late 1960s with horrific murders, accompanied by undecipherable riddles. They said they used photos and anagram code-breaking to solve the mystery. The team added they discovered Poste, who disappeared from sight in 1974, had moved to Groveland, California in 1970.

According to Thomas J. Colbert, leader of the Case Breakers team, which consists of former cops, forensic analysts, academics and retired military, has been working the case for about 10 years. He stated Poste came to the High Sierra town after marrying a woman there who had a young child, and lived out the remainder of his life as a house painter, and leader of a group of men he trained as killing machines.

Poste was described as a good house painter, well liked by his friends and neighbors. During this time in Groveland, he also recruited young men in their teens and early twenties as, what locals called, Poste’s Posse; his personal criminal gang. He had some ten men he would take into the mountains where they learned to “hike and kill,” Colbert said.

“Poste taught his posse how to turn a pipe bomb into a bomb that would blow up houses,” Colbert added. “If new cops moved into town, he would have the posse throw rocks into their windows to get them to move out. He was involved in loaning guns out to suicidal people in town.” According to Colbert, “the men would go on hiking trips into the mountains to kill animals for fun.”

Tuolumne County Sheriff Bill Pooley told the Union Democrat  that local law enforcement was aware of Poste, but did not take the Case Breakers’ claim that he was the Zodiac Killer seriously. However, last month, a man believed to be Chris Avery, a former member of the posse, spoke out in a YouTube video about Gary Poste, exposing what he allegedly knew.

“He just didn’t have a conscience,” Avery said. “He could just kill indiscriminately. He couldn’t stop after he came up here. He had to continue to kill even if it was small animals —just to make himself feel better. Of course, he did end up killing other people.”

Avery alleged he was with Poste at least one time when Poste ordered another posse member to shoot and kill a man at a mountain lake in the High Sierras. The victim was someone Poste knew and had a vendetta against.

Avery is alleged to have asked Poste, “Are you the Zodiac?” The response was Poste came at him with a five-pound hammer. Poste’s posse called him only, “The Old Man.”

Colbert’s team believes Poste is the Zodiac because of his physical similarity to a 1969 police sketch of the killer, both featuring forehead scars, and anagrams sent to the San Francisco Chronicle that supposedly revealed Poste’s name.

The Zodiac Killer taunted authorities and newspapers with elaborate coded messages and cryptic notes during his killing spree, where he killed five people and wounded two others, all beginning in the Bay Area in the late 1960s.

FBI officials in San Francisco have stated they’re still investigating the Zodiac Killer. “The FBI’s investigation into the Zodiac Killer remains open and unsolved,” the FBI said in a statement. “Due to the ongoing nature of the investigation, and out of respect for the victims and their families, we will not be providing further comment at this time.”

The suspected killer died in 2018 from sepsis, dysphagia, which is  difficulty swallowing, and vascular dementia. According to TMZ, his remains were scattered in the Sierra Mountains.

“A lot of people up in that little town still think he was a nice house painter,” Colbert said. “They are wrong.”