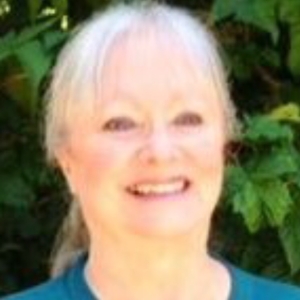 When we discuss UFO’s sightings, cases, and the overall mystery that UFO’s present to us as a species, we always assume one thing: that they are indeed “flying”, what if we are wrong?

Over many years, many theories have arisen out of the belief that UFO’s utilise an advanced propulsion system. Propulsion systems that earthly scientist and engineers are not up to the task of creating ourselves. These means of propulsion are said to enable the seemingly advanced flight capabilities that many reports in UFO sightings. Even with the new UAP terminology, it still heavily infers that these objects are “aerial” in nature and in-flight.

When people report UFO sightings, they appear “alien” to us in terms of what we understand about our reality and preconceived beliefs. Many people believe that UFO’s represent something that is “not of this world”. There are people who believe that sitting in your dressing gown meditating with your friends, will summon UFO’s somehow or that they are spirits or in some cases fallen angels. For the most part, the most accepted theory in mainstream Ufology is that UFO’s are not “made by human hands”. I think it’s safe to say that the ETH (Extra-terrestrial Hypothesis) is the most accepted and debated hypothesis.

Whilst I find this a little disheartening to the many top engineers and scientists in the world, who work in aerospace and other connected industries – if we did indeed get the “F” out of UFO’s – what would that mean for Ufology and the many theories that are based upon the “F”?

Let us imagine for a moment, that the observed characteristics of UFO’s are simply not what we assume at all. UFO’s do not appear to need any of the conventional propulsion or aerodynamic control surfaces that we are familiar with – they even “appear” to break the laws of physics. It can be very easy to observe the world through the lens of limited knowledge that we already possess and draw absolute conclusions based on that knowledge. It can be difficult to try and theorise something to which we have no base of information: it’snearly an impossible task and I mean – how can we?

Rather than breaking the rules of known physics and the implications of UFOs utilising an “advanced propulsion system” – let us rip that idea away and contemplate that they are not engaged in actual “flight” at all. If UFO’s did not possess any mass, they would not require the typical aircraft features that we know – nor would they need thrust or any other means of propulsion. If UFO’s were not technically “Flying” – then maybe, we need to reconsider our whole perception of the mystery and the accepted theories based upon that.

Is the “F” in the UFO acronym and indeed the “A” in new “UAP” term misleading – should we get the “F Out” and start over?