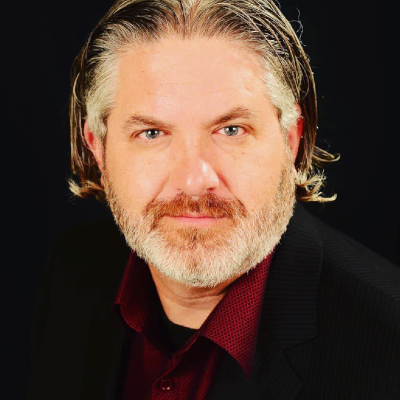 Another Reason To Distrust The People In Ufology

Hi I'm Dave. I like hockey, fishing, my chainsaw, and ALIENS!

Saturday, September 7th, at the International UFO Congress, the field of Ufology received another black eye from one of it’s own, and everyone who has an interest in this field of research should be crying foul over this. Every year, the IUFOC holds an awards ceremony to recognize the efforts of many in the field. Which I do believe is important that there is some recognition for hard work. However, in two of the last three years, the award for UFO Reseacher of the Year has been a total farce.

In 2017, the IUFOC, led by Alejandro Rojas, named Tom Delonge researcher of the year, when to that point Delonge hadn’t even started the To The Stars Academy. He announced the TTSA a month later. Leading up to that point, Delonge had done nothing, zero, nil, nada for ufology. And, to add salt to the wound of UFO researchers everywhere, he didn’t even show up to collect his award.

This year, the award went to the man who wants to ‘Weaponize Your Curiosity’, documentary film maker Jeremy Corbell. In late 2018, Corbell released his documentary called ‘Bob Lazar: Area 51 & Flying Saucers’. Jeremy worked tirelessly to bring the Bob Lazar story to the big screen 30-years after it happened. Stories we already knew, but were brought back out of the shadows and into the lime light. Now, I’m on record for believing Lazar worked at Area 51. Jeremy put together an intimate, up close and personal movie together on Lazar’s life. From when he worked at Area 51 to today. Great work. But the story is 30-years old. Granted, there are those who’ll say the research going into the film takes time and effort and should be recognized. My argument to that is the research is already laid out. The research is done. Mostly by Jeremy’s mentor, and class act, George Knapp.

Look I’m not degrading Jeremy’s work or his efforts. But researcher of the year? What is the IUFOC thinking? Do they even know what research is? The IUFOC should be absolutely embarrassed by this. Here’s how it broke down. The IUFOC went on to give Jon Sumple’s ‘Extraordinary: The Seeding’ film of the year, edging out Corbell’s Lazar movie. However, Sumple’s film, which is fantastic, also starring SOR Spritual You host, Geraldine Orozco,w was just released for public consumption September 3rd. I know this because we had Geraldine, Jon and others on the show the night of the release. Oh, we should also note that ‘Extraordinary: The Seeding’ also has cameos from the organizer of this event, Alejandro Rojas. Coincidence? Probably not. So it ease Jeremy’s pain and hard work, it’s obvious that they gave Corbell ‘Researcher of the Year’ to make amends. Cheap, and unfortunately very telling on the part of the IUFOC.

The definition of research is, “the systematic investigation into and study of materials and sources in order to establish facts and reach new conclusions.” This is something that many ufologists today are doing, but were overlooked by Rojas and his IUFOC committee. Before I go any further, I want to preface this isn’t a slap across Jeremy Corbell’s face by me. This isn’t Jeremy’s fault or it doesn’t demean his hard work on the Bob Lazar movie. However, much like Delonge two years previous, Corbell’s movie did nothing to move Ufology forward. It didn’t bring UFO research to the table, nor did it get the topic into the forefront of newspapers or television programs across the United States and the world. Yet with so many people who deserved this award more for their hard work and dedication to the field of study, it’s unconscionable that someone who’s trying to bring the field forward didn’t get an opportunity for an acceptance speech. This reeks of politics and taking care of friends for future opportunity in popularity. As a so-called journalist, that Alejandro has self-titled himself as, he should readily know that. But I’m not getting into that subject today. No, Alejandro is not a trained journalist like his resume says. He’s a ufo enthusiast, researcher, business owner, and a realtor.

There are plenty of people who rightfully deserved that award, politics aside. For people to accept this IUFOC decision as credible is laughable at best. Below, here are the real researchers who deserved that award. Hard work is supposed to pay off with the recognition it deserves. Even though that’s apparently not how it works with the IUFOC committee. The other note we should mention, is the two of the last three researcher of the year award winners are also tied to the TTSA. Delonge in 2017.. And Corbell, who’s allegiance as George Knapp’s understudy is widely known. Knapp is credited as a producer of the Lazar film. Knapp is also the lead breaker of UFO stories for KLAS Channel 8 in Las Vegas, Nevada.  Cheryl Costa won in 2018 is an independent journalist from New York.  Now apparently, to Rojas’s credit, he had tried to give the Researcher of the Year award numerous years but Knapp declined.

George Knapp – Granted, Knapp did receive the lifetime achievement award from Rojas and crew.  But really? That’s not enough. The Investigative Journalist from KLAS Channel 8 has done nothing but break stories on this subject in 2018-19. He’s brought more attention to the subject with power interviews with former Nevada Senator Harry Reid, TTSA, and most recently a sit down with Robert Bigelow, to show those that he’s still the man on top.

John Greenewald – The owner of the Black Vault has done amazing work with his FOIA requests. Sure, John has been know to upset the apple cart and has been a thorn in the TTSA side since their inception. But John’s work has been deemed some of the best in the business for what he’s been able to uncover, including the fact that the Pentagon denies knowledge of Luis Elizondo’s position with UFOs and their studying of the subject.

Grant Cameron – Ever the professional, Grant Cameron was the one who gave the Wilson Leaks to Richard Dolan for the public to see. Grant is a fair and balanced researcher who is looking deeper into this subject, especially with consciousness. Grant’s work is used by almost everyone in the field, whether they’re fans of his or not. He is well known and well trusted.

Melinda Leslie – Melinda’s work at putting together the puzzle pieces of the Government’s involvement in UFOs, combined with research into MK Ultra and MiLab experiences is second to none. She’s very public about her friendship with Jim Semivan of the TTSA. Melinda is an energetic voice for the community and is a great mentor to other female researchers in this field. What she has been able to put together with her timelines and contacts has been unmatched by the entire field.

Danny Silva – The creator of the Silva Record, Danny over the last year has come from relative unknown, to a great researcher and writer in the new wave of ufology. Although writing with a slant towards supporting the TTSA, Danny is very respected with the information he’s been able to gather and bring to the forefront. His work needs to be acknowledged and commended. His aggressive style and his building of contacts deep within the field are immeasurable. He is one of the voices of the UFO future.

Erica Lukes – The former MUFON member and current independent researcher out of Utah has done some incredible work in the last twelve months regarding UFOs and the Skinwalker Ranch. Her go-get-em attitude and respect for UFO history is a rare commodity that should be recognized. She loves this field of research and her passion for the subjects of UFOs and Skinwalker Ranch is something we can look forward to in the future as well.

Richard Dolan – Mr. Steady himself, Richard, and his wife Tracey, have been at the forefront of ufology in 2019. Richard has taking the reigns from Grant Cameron on the Wilson Leaks, with his own sources and contacts to take the story to a new level.

Luis Elizondo – The man who has become the face of the TTSA and the television show, ‘Unidentified’, Luis left his government position in 2017 to join the public side of Ufology. A secretive man, mostly due to his NDA’s he has from his former position, Lue has quickly become the number one person in ufology. Only if we could open up his brains to see what he really knows about UFOs, AATIP, and the government agenda towards the UAP subject.

Chris Cogswell – Chris has a Doctorate in Chemical Engineering, and could very well be the Stanton Friedman of the UFO future. His studies and knowledge of technology and meta-materials is insurmountable in the field of ufology. In fact, it’s a shame more people aren’t using Chris’s education, knowledge and interest in the subject to their advantage more because ufology needs a brain like his, just like we needed Stanton.

There are more that I’ve left off this list, not on purpose but, to be honest, I am not writing War and Peace of Ufology here. The IUFOC made a mockery of ufology with their choice, and it’s a slap to the face of everyone who has an interest in finding out the answers to what is truly going on. Now some out there will roll their eyes and say what’s the point? The point is, outside of Contact in the Desert, the International UFO Congress is the biggest UFO event in North America. They have some major pull in this field. And when they pull off a mockery like this, everyone in the field loses. Rojas and his crew know they have pull. They know they have people in ufology lined up to speak or attend the IUFOC. They’ve done a remarkable job at building the conference. But when you make bias, bone headed moves like this, credibility is flushed down the toilet. They made a mistake. One they probably won’t own up to, but hey, we’re used to that in ufology. We already know that they’re not going to rip the award away from Jeremy. Nor should they. But the public does need to know about this farce, and embrace the idea that the agenda of controlling ufology is very much at play here.

We have enough political play in UFO research, we don’t need more with awards and accolades going to people who don’t deserve it. It’s a disgusting way of posturing one’s own agenda on an entire field, and I strongly believe that’s what we see happening here. If Rojas and crew had played it right, Jeremy’s film should have won film of the year, with Jon Sumple’s film winning next year, as it’s publicly only a week old at the time of this writing. But it’s easy to see how this political SNAFU happened. It can’t be more obvious. Which is not for the betterment of the UFO community or the true researchers and journalists who work their asses off to bring credibility to a field that’s lacking integrity.

It’s another black eye to those who are trying to bring this field more mainstream. As long as this field continues to eat its own for personal agendas, we’re never going to get very far. History, so far, has proven that theory.

Editor’s Note: Change to the article as Cheryl Costa won the 2018 UFO researcher of the year, not Leslie Kean as previously written.